A fist slams my chin. My head swivels from impact. Brains rattle. With whipping recoil, I reply with a right fist. It smashes against an ear and gristle shifts beneath my knuckles. I follow up with a roundhouse lefty she never-saw-coming, whacking hard into her neck. Height, her advantage, being a Bible book taller than me. Bitch.

We snarl like mongrel dogs in an underworld fight pen. The tinny scent of blood and salty sweat mixes with enclosed air. I kick out and my shoe contacts a shin. She screams and lashes at my scratched forearms that defends my swelling face. With her longer reach, her palm meets my ear, bringing tears to my eyes. Both of us howling like pained cat’s fighting on a fence line.

Resembling Gladiators in the arena, we square-off in the living room. Watching, wary.  Our chests heave, hearts pound. Tangled hair sticks to skin. School shirts shredded. Skin bloodied by scratches, bruises colouring. Circumnavigating each other, muscles tense, hands clench and prepare for the next strike. While ‘we’re happy little Vegemite’s’ plays the familiar commercial jingle on the television.

She leaps at me with a lion’s roar. I move to counter act. But my foot slips on knitting needles and tangles in balls of wool. My shoulder slams against the inner wall. The framed family portrait above my head, bounces off its hook, just missing me and drops to the ground.

I stop to sigh with relief the glass didn’t shatter.

Distracted, my body’s slammed by a giant’s weight and forced to follow gravity. The couch cushion softens my landing. But my lower back cracks against the Sofa’s wooden arm frame. I can’t breathe. I’m stunned.

To gain leverage, my legs scissor kick, flipping over the coffee table. A pot plant spills dirt on the mat. Magazines sprawl in a contorting page-folding fashion. The TV remote flings in the air, bounces on the mat’s edge. Its back panel opens on impact releasing twin batteries that roll across the floor.

I latch on to my opponent with a wrestler’s precision, rotating both bodies to the ground. My knee smashes against the floor boards. Adrenalin surges through me as I bite down my pain and retaliate with my elbow to her cheek. Yank her scalp backwards until her neck arcs. Bruises seen on her chin, and her ear and nose are swelling, along with my lip and closing right eye. My body weight presses on her chest and my red raw knees dig into meaty upper arms. I grip her head back hard and raise my other fist, ready to strike – I had her. Pinned.

The tormentor who’d stirred this battle, was now whimpering beneath me. She’d always bait me with torturous internal scab-ripping humiliation and I wasn’t putting up with it anymore. It would end now. Forever.

Then our little brother runs through the door shouting, “QUICK – Mum and Dad are home!” 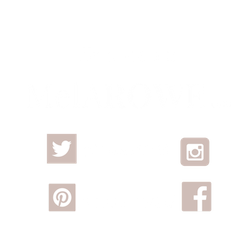